Exclusive! Behind the Scenes Video from the New James Bond Movie in Jamaica

To celebrate the release of the long-awaited new James Bond film, No Time to Die, the Jamaica Tourist Board is releasing some exclusive, behind-the-scenes footage.
It showcases cast and crew from the movie, as well as some of the locations shot in Jamaica.
The country has been part of the Bond legacy from the very beginning. Author Ian Fleming created the series and wrote the James Bond novels at his seaside home, appropriately named ‘Goldeneye’.
And in fact, Jamaica had a starring role in the very first Bond film, 1962’s Dr. No, and also was the vivid backdrop to Bond action in Live and Let Die in 1973.
It can easily be said that Jamaica is the birthplace and spiritual home of the 007 character – so it’s fitting that the latest – 25th - film in the classic spy thriller series should return there for the latest actor playing Bond, Daniel Craig’s, exit from the role of James Bond.
“We’re a place for beginnings,” says Edmund Bartlett, Jamaica’s Minister of Tourism, in the video released by the Jamaica Tourist Board. “But we are also the place for great endings.” 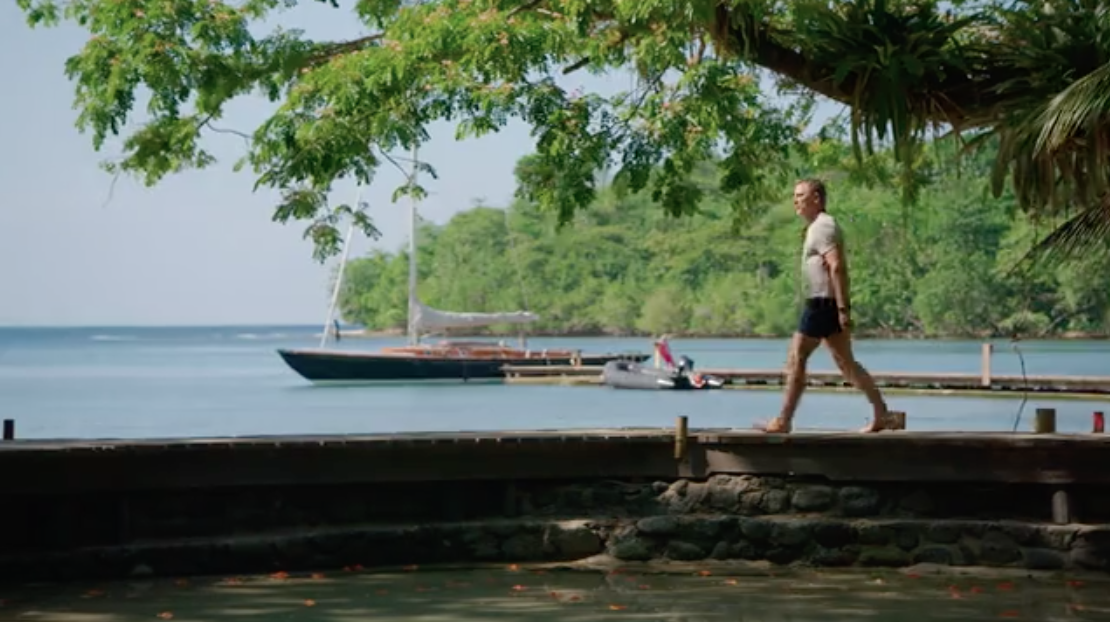 Without giving anything away! In No Time to Die, Bond has aged out of active service, enjoying retirement in Jamaica (image captured from the video above). That is, until his old CIA friend, Felix Leiter, shows up asking for help.
Naturally, their mission to rescue a kidnapped scientist turns out to be much more complex and treacherous than they expected, leading James Bond to a mysterious villain armed with dangerous new technology and evil in his heart.
After that… well, you’ll just have to head to the theater to see the film!
But watch the short film above as an appetizer to the full Bond movie – or your next trip to Jamaica! You can get a sneak preview of some of the spectacular beachside and urban scenes filmed for the movie in Jamaica, as well as glimpses inside Ian Fleming’s Jamaica home, Goldeneye, which is now a hotel, with access to – you guessed it – James Bond Beach.
For more details about the upcoming Bond Film No Time to Die, you can visit www.007.com